WHEN I FALL IN LOVE

Serena Sol Brown aka Serena Sol, is an accomplished Singer/Songwriter from Philadelphia, PA. Encouraged by the late Dan Cleary to accept her first offer as a songwriter by Paramount/Nashville propelled Serena's career in the direction she dreamed of since she was 12.  Sol was then sought after to write for many national recording artists while building an extensive catalog for her publishing company Huss World Music (ASCAP).  In addition, Serena began to hone in on her vibe ...calling it "Jazzy Sexy Sol music" laying her own melodic and sweet smooth vocals for her solo performances. She has a very eclectic love for all genres of music and writes everything from  jazz to pop, rock, country, hip-hop, r&b, gospel and inspirational.

Serena Sol joined the Recording Academy Grammy's "NARAS" Philadelphia Chapter in 2003.
She has continued to contribute her love for music and the arts throughout Philadelphia and the world by promoting independent artists, producing live concerts for her community for over 10 years called "Jazz in the Park," and has performed as well as Hosted special events like (Jazz in the Park, Christmas Village, The Historical Cliveden, The Peoples Poetry and Jazz Fest, VNA Hospice Philly 10th Anniversary; and The Annual Emir Healing Center Benefit Concerts).  Sol also produced and hosted her own online radio show "The Serena Sol Brown Show" for over eight years along with a 30 minute TV show on Comcast for two years.

In 2019, Serena collaborated with Nashville writers to record her first jazz/country release entitled "Hymn in Me!" The song was picked up by WRTI 90.1 FM, in her hometown and has been in rotation ever since. Later that year Sol released "Rainbow," a tribute to hospice ; In 2018, "So I can Believe in Love;" and in 2016, " Sobriety" on HussWorld! Serena Sol's impromptu live performance of (her original)
" Applepie, " was first heard on The Steve Harvey Morning Show. It was a moment that Clear Channel's iHeartRadio would never forget as her stint landed three consecutive dates on the dating game segment.

..Serena's  passion for mankind strikes again with her latest Single Release, "YOU and I" released on HussWorld on July 31, 2020.  She says, "this is a time for unconditional LOVE ... there is just too much pain in the world!"

You can also check out Sol's self directed and produced the Official Video release of "You and I"  on YouTube in addition the "You and I" Lyric Video!   '

The latest single "ALL NIGHT LONG," a jazz infused dance track can be found in ALL DIGITAL STORES in addition to a new Christmas single "NO OTHER DAY" by MC1 Nashville Music Publishing.

*When I Fall in Love  Video

* You and I NOW AVAILABLE on ALL Digital Platforms 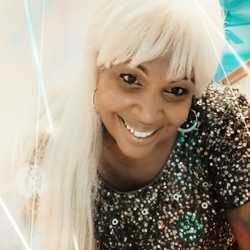 /
Update Required To play the media you will need to either update your browser to a recent version or update your Flash plugin.

BOOKING AGENT: SOL UNLIMITED 267.968.2491 ALL MEDIA REQUESTS Can be sent to: solunlimitedinfo@gmail.com